In the mid-1800’s Cornwall was the world’s leading producer of tin, with over 2,000 mines in operation and over 30% of its male population working in them. Sadly, with rising competition from abroad this would not last and the next 50 years saw devastating decline in the industry. With the arrival of the railway, however, the county would soon prosper again, but this time it would be through tourism. Drag the slider to discover more! 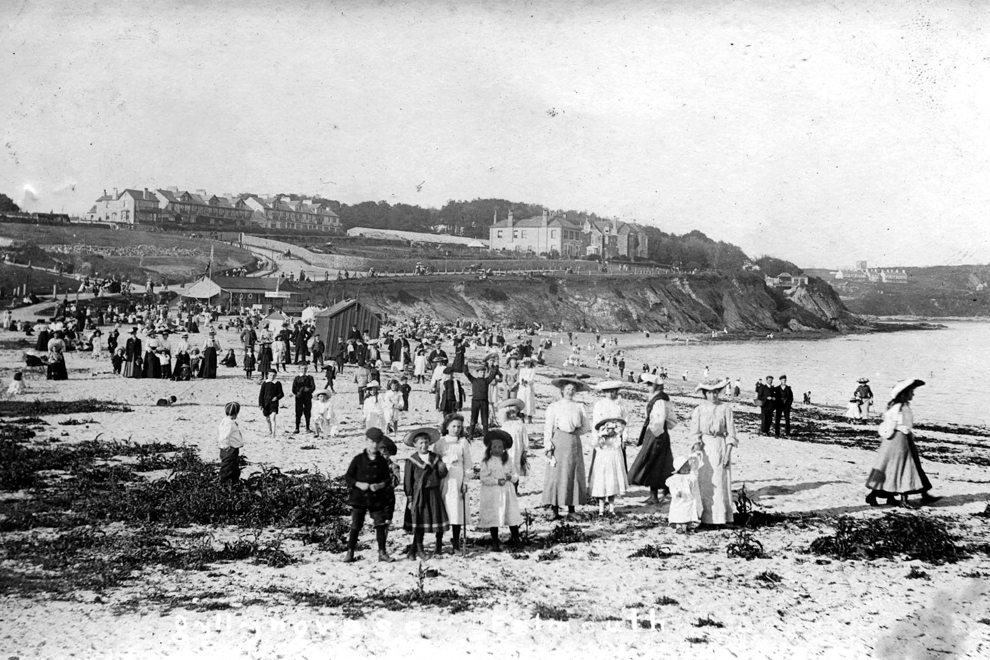 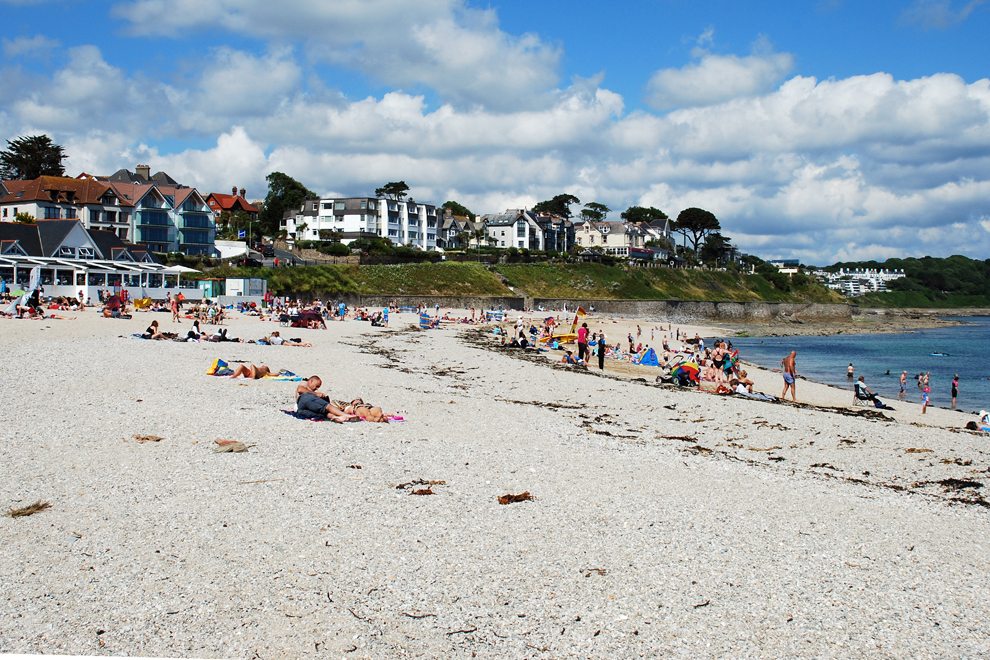 Gyllygnvase (from the Cornish ‘An Gilen Vas’ meaning ‘shallow inlet’) can be found south of Falmouth’s town centre. Having long been a rural area, it was not until the early 1900’s that Gylly, as it’s called by locals, saw significant development with large hotels quickly springing up behind its beach. Following a torrent of storms, a mile-long sea wall was constructed in 1985. As we can see from the photgraph taken at the turn of the century, the sandy and sheltered beach has long been enjoyed by locals and visitors alike.

Many thanks to Neil at the Cornish Studies Library for his assitance.