Now a designated Area of Outstanding Natural Beauty (AONB), Porthcurno Bay boasts golden beaches and magnificent cliff formations, including the famous Logan Rock, an 80 ton boulder balanced in such a way that it is said that only a small force is required to start it rocking. Drag the slider to discover more! 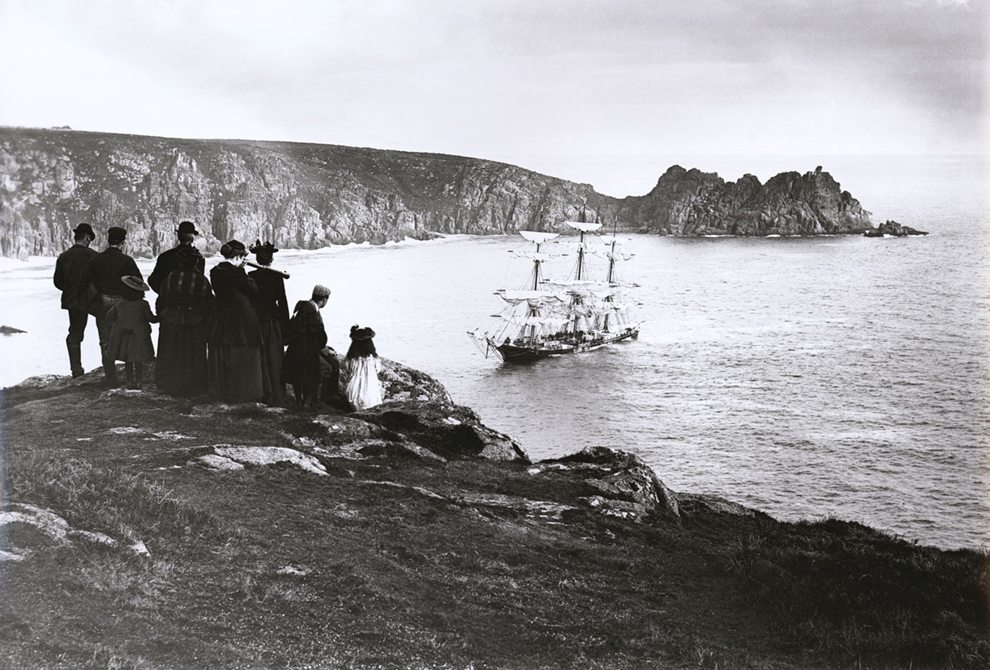 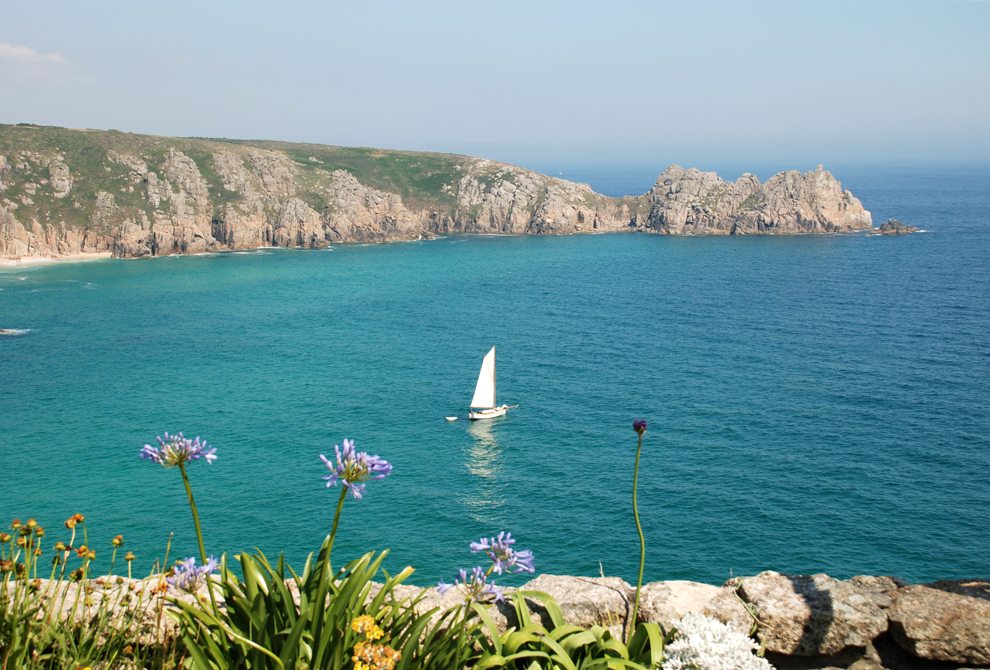 On the 3rd of November 1895 the SV Granite State, a fully-rigged American ship loaded with wheat from Argentina, was on the final leg of its journey from Falmouth to Swansea. On its way around Lands End the ship hit the Runnel Stone, a rock pinnacle responsible for as many as thirty wrecks. The damaged vessel was towed into Porthcurno Bay and beached. With her cargo swelling with water it was not long before her hatches burst open, and she was soon broken up by the icy winter waves. Although many attempts have been made to find it, the present day location of the wreck is unknown. This is partly due to interruption to surveying equipment signals caused by the many Transatlantic communication cables running from Porthcurno beach.

Thirty five years after this wonderful photograph was taken by a member of the Gibson family of the Scillies the stunning Minack Theatre was founded at this spot. The rocky outcrop upon which these onlookers stand has since been excavated to make way for steps up the cliff face to the Minack and the theatre’s cafe now sits behind it, enjoying the exceptional view across the bay.

I would like to thank the theatre’s staff for their kind assitance, particularly Zoe Curnow for her help in locating the right spot!