Littered with jagged reefs and hidden sand banks, Mount’s Bay has long been the toil of seafarers. Some local fishermen even claim that on a calm day the carcasses of sunken vessels can be observed on the sea floor. Needless to say, the role of the RNLI (Royal National Lifeboat Institution) in the bay has long been a vital one. Drag the slider to discover more! 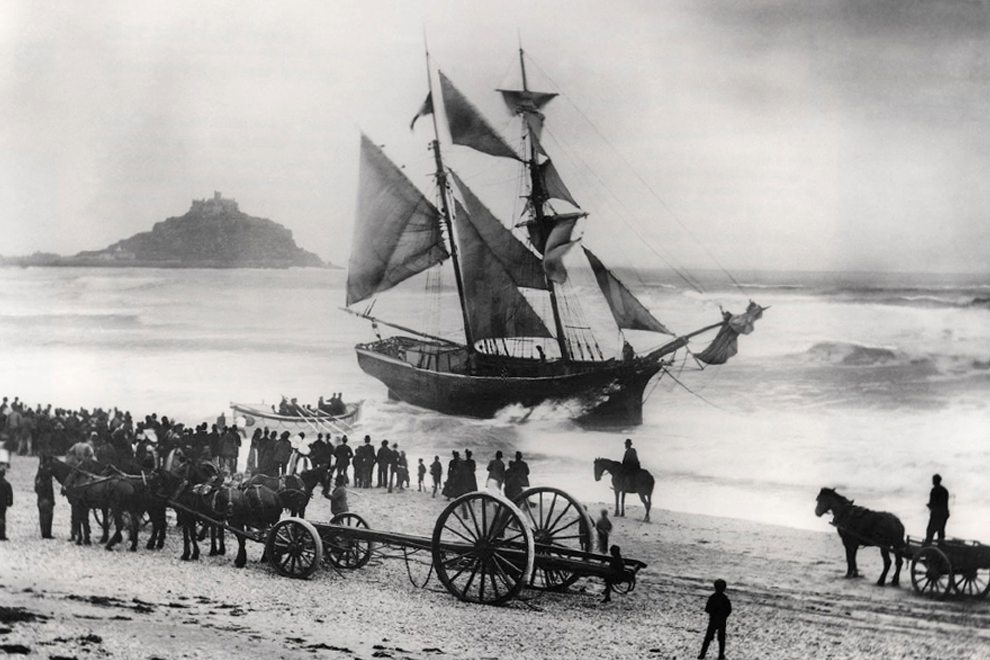 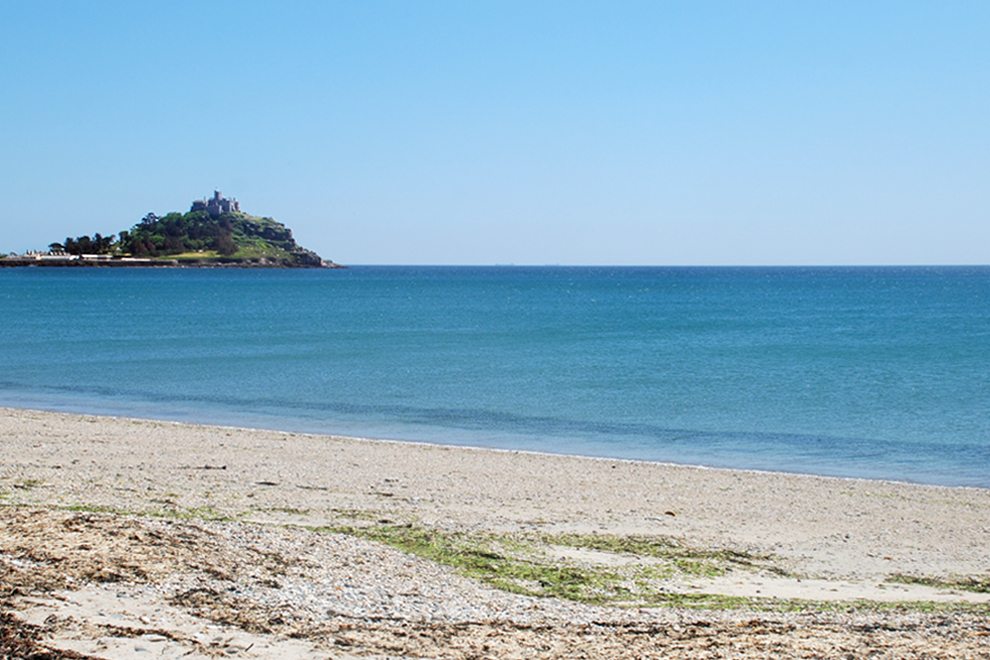 In 1888 a French schooner, the Juene Hortense, was on an honourable mission to deliver the dead body of a Fowey man, who had perished in France, back to his hometown. Whilst sheltering in the bay off Long Rock during rough weather she dragged her anchors and went to ground on the beach. Thankfully, Penzance’s new lifeboat, Dora, was quickly at hand. Carried onto the beach by horse-drawn carriage she was rowed out to the stranded ship, where three crew and a boy were on board. Once they were transferred, Dora was towed back to shore by a horse and rider. The Juene Hortense was soon refloated and able to complete its expedition.

Thank you to Laura and Sarah at the The Courtney Library, part of the Royal Cornwall Museum, for their kind assistance. The photograph is one of many taken by the famous Gibson family of the Isles of Scilly.